The flute is part of the woodwind family of instruments. They do not use reeds on the mouthpiece. Instead, sound is generated by blowing air into the instrument through a hole that is located on the head joint. The flute is in the key of C and plays in the treble clef. Opening and closing the keys makes different notes. It is popular in Orchestras, ensembles and as a solo instrument. The flute comes in two different styles. Any flute above a student model is generally open hole. There are 6 keys that are open and can promote better volume and tone. Although these characteristics are influenced by the player this can hold true due to these flutes typically being made of a better grade of material. Hand position and technique is improved because of the finger tips needing to be more exact in order to cover the holes and form the notes.

Rental instruments can be picked up at our store or delivered to you.  We offer only top quality, name brand, director approved instruments.  Required accessories includes a method book (Check with your teacher or Uncle Jon's if not sure), Cleaning Swab, and Music Stand, which can be purchased on our site below or in the store. 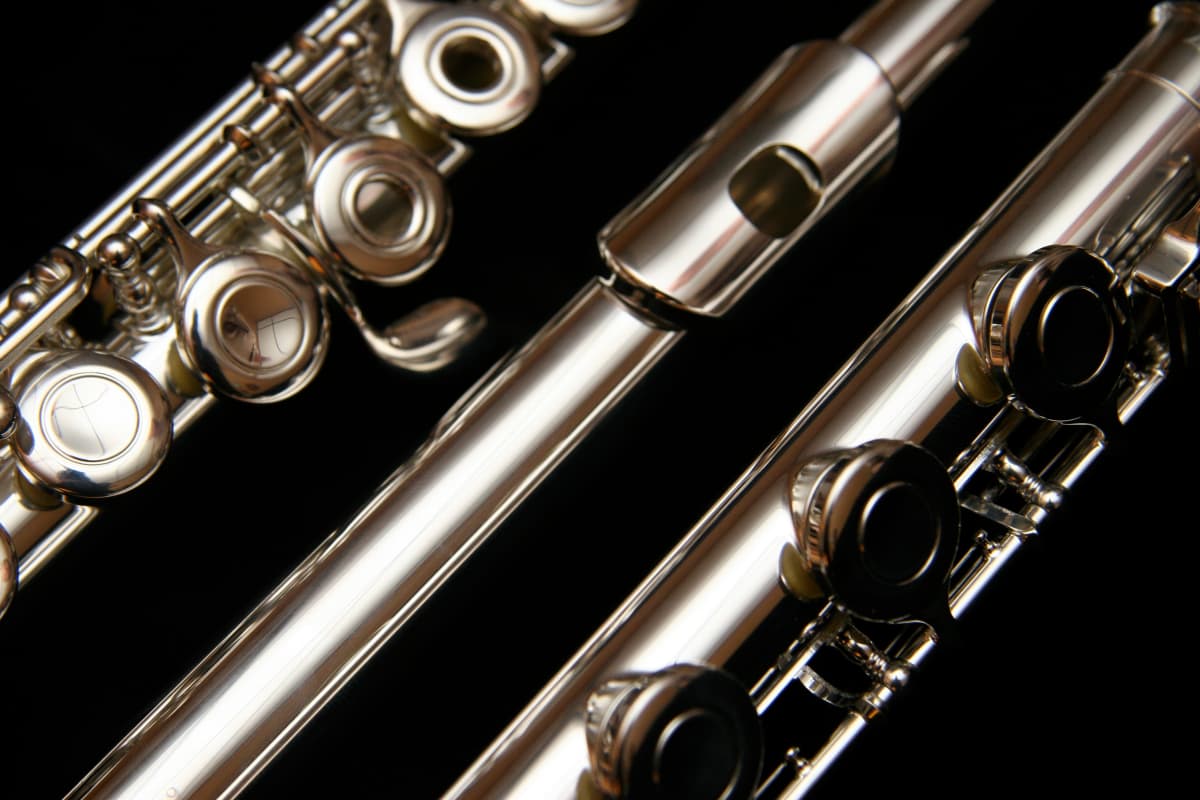 Uncle Jon's Music and Rentfromhome is the easiest way to get your student started on flute. Select your instrument, choose your FREE delivery option (to your home of office) or pick up here at Uncle Jon's in Westmont, checkout, and done! We offer only quality brand names (and even ask if you or your student's teacher have any brand preferences when choosing your instrument), a quick & easy checkout process, online account management (payment history, online payments and more), easy returns & exchanges, and upgrade/purchase opportunities at any time while renting. You may also return your instrument and cancel your rental agreement at any time with no penalties or further obligation.

Musical taste and instrument choice is a personal preference. Following are a few famous and skilled musicians that have played the flute.

James Galway – Nicknamed “The Man with the Golden Flute”. An Irish musician that was able to cross from pure classical into easy listening.

Jean-Paul Rampal – A French flautist that showed the instruments ability not only in a concert ensemble setting but also as a solo instrument.

Ian Anderson – A British musician that fronted the band rock band Jethro Tull. His multi-instrumental talents, including the flute, recorded some of the most iconic songs of the 70's.


Getting Started with the Flute

The flute comes in 3 parts, the head joint, the body and the foot. The body joint is where most of the keys are located. Specific notes are made by pressing and releasing these keys in sequence.
It is important to be careful when handling a flute. The keys and rods are easily bent that could result in a costly repair.
It is best to contact your school music director or Uncle Jon's Music with any questions about handling or proper use of maintenance accessories.